​​​​​​​The seeds of HANDS OF INDUSTRY were sown in 2009 when drummer Adam Industri joined Yorkshire electro/indie outfit Section ii alongside keyboardist and vocalist Paul Carter. The band gained something of a cult following in their native Leeds but as members departed the band ground to a halt in 2014. However, Paul and Adam both realised that there was plenty more to achieve. Shunning guitars in favour of a purely synthesiser-led sound, they immediately locked themselves into the studio to start creating their 'new' musical identity.

​Almost immediately it became apparent that they might be on to something with a stunning new song 'Joined' being all but written within the first hour. Others songs soon followed as they began to put create their own electronic wall of sound and develop a live set of new material.

Just what to call themselves remained somewhat elusive until – inspired by their Northern 'industrial' sound together with Adam's tendency to pose with outstretched hands in photographs – they came up with the name of Hands of Industry. The band's impressive live performances soon began to create a buzz in and around their native Yorkshire, persuading the guys to record and release a home-made album, Killing the Yes Men – a collection that seems destined to become something of  a collector's item! They also put together an acclaimed video to accompany their recording of 'Joined'.
​

Several successful live forays to London followed, where the band caught the ear of veteran TV presenter and musical entrepreneur Steve Blacknell who was impressed enough to take the band under his management wing.

​Things really began to take off in 2016, firstly with the arrival of keyboard whiz Brad Gray and then the development of a songwriting and studio partnership with renowned producer and arranger Ian Curnow, who has worked with the likes of Kylie Minogue, East 17, Take That and Talk Talk.

The vast range of musical styles that have helped mould the sound of Hands of Industry perhaps help explain why they are so much more than just another electronic band. Naturally enough, giants of synthesiser-led music, such as Kraftwerk, Depeche Mode and New Order are favourites of the band.

The post-punk of Joy Divsion and Echo and the Bunnymen, the goth rock of The Sisters of Mercy, the Britpop of The Charlatans and Suede, and the Neue Deutsche Härte of Rammstein, have all played a part in fashioning the band's musical and lyrical content.

The '90s rave explosion, where rock music and dance coalesced, also had a profound effect on the band, giving the inspiration to the driving acoustic rhythms that underpin the bands dark and unconventional lyrical imagery.

The band want to prove that music transcends all, and that hard work pays dividends. As frontman Paul Carter says: "We want to communicate to people through our songs, and we want people to start to develop a sense of value in music again… that it connects with them personally. and is not just 'catchy'. What makes Hands of Industry different, is that we mean what we do, really mean it, and we really want to resurrect identity through musical affiliation. We might not be able to save the world, but we believe we can be part of saving the musical landscape, and preserving the traditions and values that gave us the true legends of music such as Hendrix, Bowie, The Stones, The Beatles."

In March 2017, to the surprise of everyone, Adam quit the band . Carter said at the time: "We were sad but to see Adam go and we wish him well, but Brad and I will carry on the momentum we have been building up over the last six months or so. There is our debut single for the Universal Music family due for imminent release plus a string of live dates. We have also been working on lots of new material which will form the core of our new album… these are very exciting times."

Paul was certainly not wrong. 'I Swear' was greeted with great acclaim, numerous radio plays and even a few sales!  More releases are slated for the summer, as are a string of live dates both at home and abroad – and with Paul and Brad bolstered by the arrival of new boy Stefan Drapan behind the drums, the prospects for Hands of Industry are looking exceptionally bright.

PAUL CARTER's love of music dates back to his childhood, where his father playing guitar in the living room at home remains one of his earliest memories.

​A hair and fashion model during his teens, and qualified for MENSA at the tender age of seven, Paul abandoned his initial plans to study at medical school and instead began training to become a doctor of psychology. Working at different hospitals, he would invariably find himself jamming with other doctors in between shifts, writing and performing in various guises in an attempt to find out where he fitted in the music scene.

Even after qualifying, Paul continued on his musical quest, fronting a number of bands and rehearsing alongside the likes of The Stone Roses, The Seahorses, Utah Saints, The Kaiser Chiefs, and The Happy Mondays, as well as being scouted by a number of record companies, including EMI.​ However, it is as a member of Hands and Industry where Paul has found the perfect home for his musical and personal tastes.

Known to his friends as 'The Doc', he has always had a love of synth pop, but often leaning more to the dark side, with Depeche Mode becoming his all time heroes from Stripped onwards. New Order, Soft Cell, Human League are also big favourites, although he also maintains a deep affection for David Bowie and The Rolling Stones.

Tech wizard and geek, BRAD GRAY grew up close to Bristol where he developed his twin loves for music and computers. He was originally a bassist in a few jam groups in his local area, before progressing to the Bristol prog band Reath.

His quest to discover a deeper range of sounds introduced him to the synthesiser which rapidly became his preferred instrument of choice. He was a founder-member of two Bristol synth-pop bands, Sentients and Pattern Beyond Random before his day-job as a computer systems analyst took him at first to Reading and then to Leeds… where he would meet Hands of Industry.

Deeply technical and fascinated by sound design, as well as a passion for photography, Brad also develops his own synthesisers and music software. His keyboard idols include Keith Emerson and Rick Wright, and he lists Kraftwerk, Rammstein, and Deadmau5 among his influences.

​STEFAN DRAPAN was raised in an Anglo-Ukrainian family – a third generation descendent of Ukrainian prisoners of war. Surrounded by a wealth of music and culture, Stef always found a musical instrument lying around and had learnt to play the violin by the age of five. However, his 'eureka' moment came when Andy Czolacz – the drummer in a local Ukrainian folk/rock band, allowed him to play his kit for the first time. Stef was hooked and his parents immediately set him up with drum lessons.

His love of the drums continued to grow and he joined his first band Stillymature at the age of 13. Stef went on to play with a number of local outfits including Dwell, Mary Jane and Roller 6ix and has supported a plethora of famous bands including Cast, Dodgy, Shed 7, Dave McCabe and the legendary Drifters.

In more recent times, he was drafted in as a six-month cover for the mighty Bravado Cartel and found himself on a US tour of Boston, New York City and Rhode Island, culminating in a headline slot at the world renowned Boston Hard Rock Café! In April 2017, he was introduced to Paul and Brad – there was an instant spark and Stef had no hesitation in accepting their invitation to join the band.

Stef is influenced by a huge variety of bands, including Incubus, Sublime, Pantera, Corrosion of Conformity, Sepultura, Soulfly and even drum and bass acts like Nicky Blackmarket and Andy C – and is loving his role in formulating the Dark Dance rhythms of Hands of Industry.​ 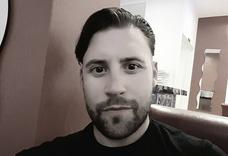 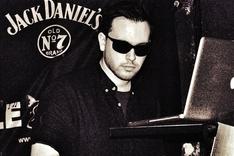 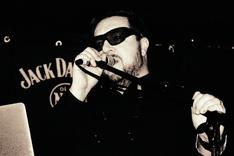 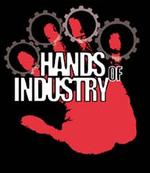